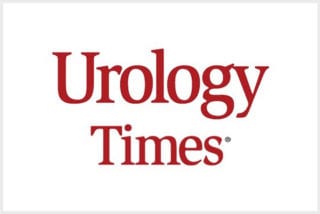 Minimally invasive surgical options took front and center in 2018 when the AUA published its revised guideline on the surgical management of male lower urinary tract symptoms secondary to BPH.

The revised guideline includes recommendations for the UroLift and Rezum devices, which received FDA clearance in 2013 and 2015, respectively.

“In patients who have bothersome symptoms and have prostates of 30 to 80 grams, the UroLift and Rezum are reasonable options,” said guideline co-author Steven A. Kaplan, MD, professor of urology at the Icahn School of Medicine at Mount Sinai in New York and director of Mount Sinai’s Benign Urologic Diseases and Men’s Health Program.

“Most of the new technologies in BPH occupy a position between drugs and established surgery, such as transurethral resection of the prostate (TURP) and laser treatments,” said urologist Peter Gilling, MD, professor of surgery at the University of Auckland in New Zealand. “Durability is an important issue for each, but antegrade ejaculation is usually preserved.”

Urologists don’t remove as much tissue with the minimally invasive options as with TURP, so there’s a recurrence rate and urologists should discuss that with patients, according to Dr. Kaplan.

Recognizing minimally invasive options for BPH symptom improvement is a move in the right direction for patients because medical management might not be in patients’ best interest, according to Art R. Rastinehad, DO, associate professor of urology and radiology at the Icahn School of Medicine at Mount Sinai.

“Is giving BPH patients an alpha-blocker the right thing to do? These alpha-blockers can cause side effects: dementia, depression. And other treatments we use can alter men’s hormone levels and cause changes in mood [and] decreased libido,” Dr. Rastinehad said. “With minimally invasive treatments, men can be off their medications and get great results.”

Click here to read the full article on Urology Times